ABANDON YOURSELF TO WHAT YOU SEE 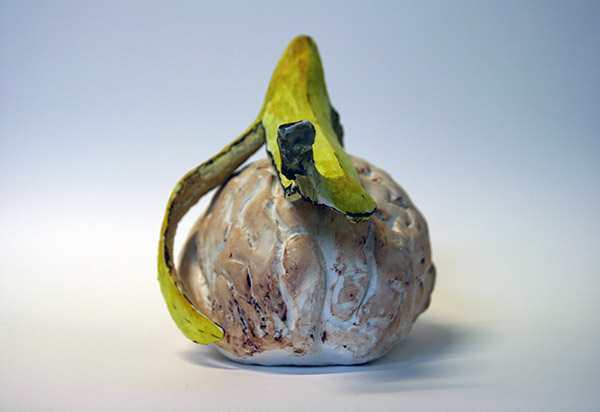 The pieces of Lisa Stålspets' exhibition Abandon Yourself to What You See slip through our minds like the discarded relics of a forgotten and fragmented story. There is a shortage of solid signs here, we lack pegs on which to hang our cultured expertize; after all we are the chattering classes of the metropolis, not the silent beasts of the forest. It is not our world, why would we be conversant with it? And then we come across a solid instruction, a drawing in amongst these strange signifiers of another realm. It reads `Don't Interrupt! I'm Thinking`. At last, we think, a window into the mind of the artist, a clue, and a critical, cultured one at that – our language. On second thoughts, though, perhaps it is telling us to back off – it certainly seems rather aggressive. Much art keeps us at a distance in this way. It is complete, the thoughts of the artist rounded, their vision or skill now dry and immutable, we must accept it for what it is. How then, might we abandon ourselves to what we see?

Stålspets' work here is all about interruption. Resistors in circuits of meaning, banana skins placed mischievously in the locus of rational thought; the signifier, as post-modernists are wont to say, slipping around all over the place. But most importantly, we the audience are urged to abandon ourselves to the possibility of other meaning production, of other stories than our own that might still illuminate our oh-so contemporary urban narratives. “Don't interrupt” is actually a challenge for us to participate in the exhibition, to allow some of these slippages in meaning to become our anomalies, perhaps even to recognize the normative nature of these mutations.

Metamorphoses, transposition and diversion animate the exhibition before our eyes; they draw us in in complex ways. At risk of falling back upon a rationalizing logic, we might break these down into various states of dislocation, of unnerving experience: a formal fragmentation; artistic distraction; an interrogation of our subjectivity presumed to be above and apart from the wildness beyond; and finally, as has been suggested already, a slippage in meaning.

These slippages occur at the level of medium as well as meaning. A brain-banana sculpture is also a kind of painting; other paintings are desiccated as if they are being prepared for a more sculptural life. Sometimes, as one looks across at a section of Stålspets' work, one feels like one is viewing a 3D movie without corrective glasses. She has stated that she is interested in the art of looking, but one might also say that she is involved in the art of making us look twice. If we separate the overlapping images of a 3D picture, we end up with two images of the same thing viewed from fractionally different angles. Shift these images and combine them and you begin to see what Stålspets sees. The `wise` owls that inhabit some of her works have, unlike most birds and much like us, binocular vision. Disconcertingly they meet our gaze while simpler creatures, pigeons and chickens for instance, have to cock their heads to one side to watch us ignore them.

Stålspets' owls' eyes have shifted though, and become many. They look everywhere in a cluster, like those of a spider. They bring to mind another of the artist's works, an artist's book entitled In Each Sign Sleeps a Monster, inspired to some degree by Ovid's Metamorphoses. In Ovid's work there is one particular story that has caught the eye of the artist. It depicts the Greco-Roman mythological figure, Arachne, who boasts that her skill is greater than that of the goddess Athena. Athena comes to her disguised as an old woman to warn that: "You can never compare to any of the gods. Plead for forgiveness and Athena might spare your soul." Arachne will have none of it, and after the Goddess reveals herself the two have a contest that the former wins. Enraged, Athena turns her into a spider, destined to weave webs for all eternity.

If this is a story about a course of artistry then we might wonder about the path of the artist in and beyond this exhibition. Which of these, Arachne or Athena, fascinates Lisa Stålspets the more? Perhaps neither. Her art defies this logic of oppositional creative practices. Arachne's impertinence, her defiance of symmetry and order, both in her work and in her world-view might stand for the rebelliousness of the artist, but Athena too shows artistry, albeit more ordered, more powerful, and ultimately prevailing. But then again, Arachne weaves on, even as a spider. Perhaps Stålspets' work follows this path. She considers the life of Arachne after she becomes a spider; she spins webs, catches flies and eats them, a wind blows and destroys the web. She weaves another, has several thousand spiderlings and, as for Gregor Samsa in Kafka's tale, life goes on. It is the curse, compulsion and destiny of the artist.

So too for all of us. In some ways, despite mutual reassurances of our normativity, our bodies change, both physically and mentally. We are anything we feel we are - male, female or even arachnid. We are not so apart from the wildness beyond and, even in our stories of modernity and urbanity and sophistication in the presence of art, there is room for this mutant creaturing, not least in the production of representation and meaning.

Should we fail to abandon ourselves to what we see here, we run the risk of falling back on our habitual references - easily done in gallery settings where we struggle to interpret art. But in the slippery realm of the signifier we could consider a more physical response. For Lisa Stålspets it might go like this: My brain is exposed, I thought it had lost its marbles but realize now that it has slipped on a banana skin. It can pick itself up but will it ever be the same again? For Stålspets there are always other stories. 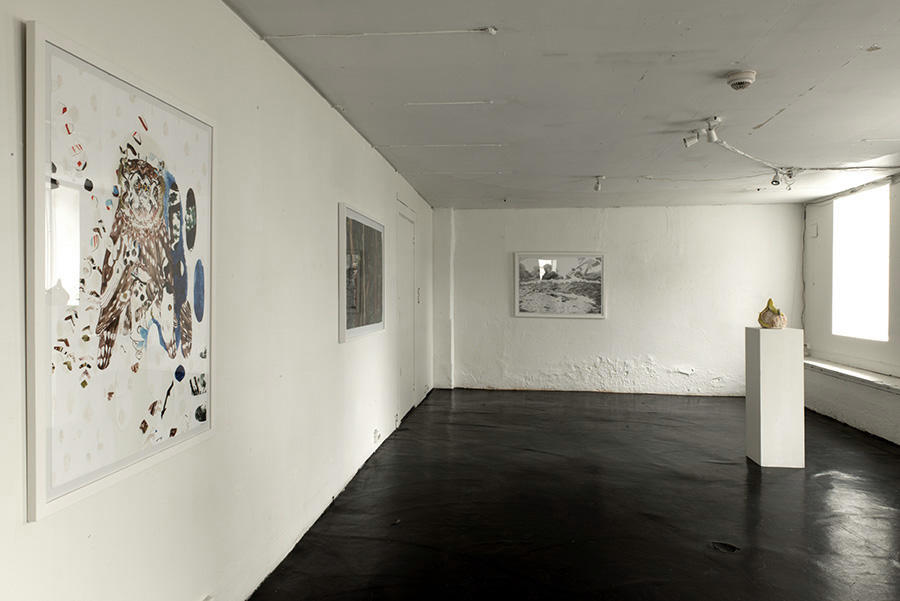 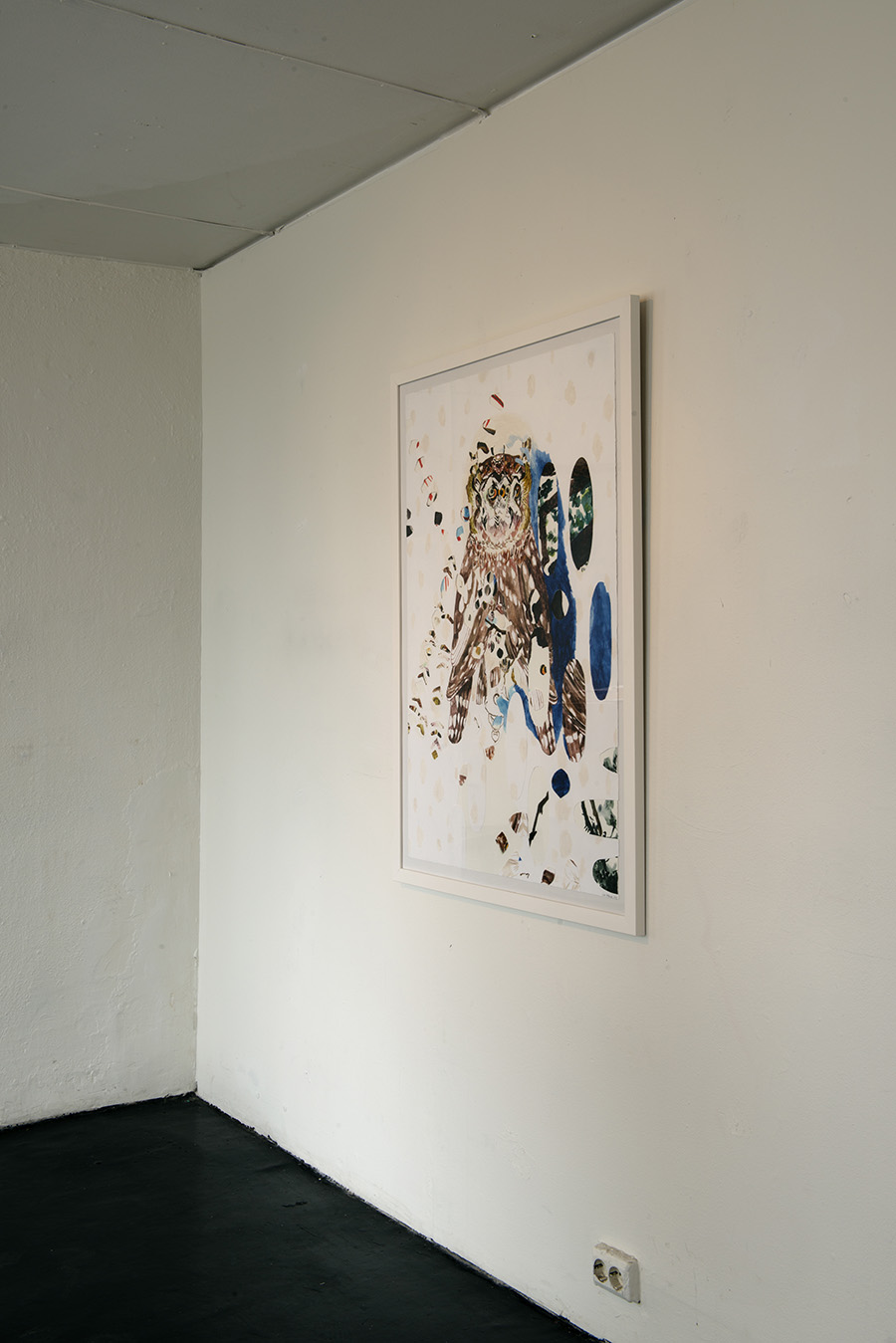 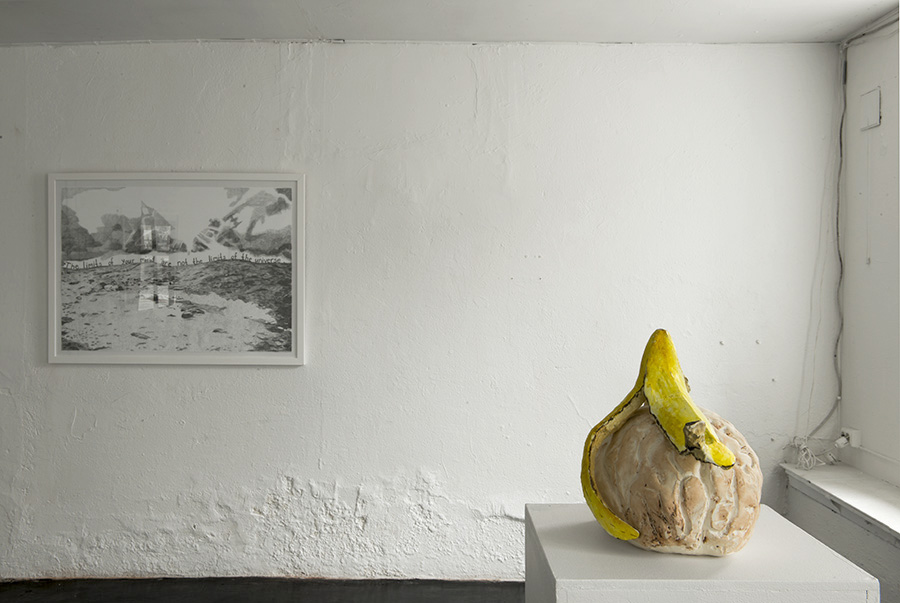 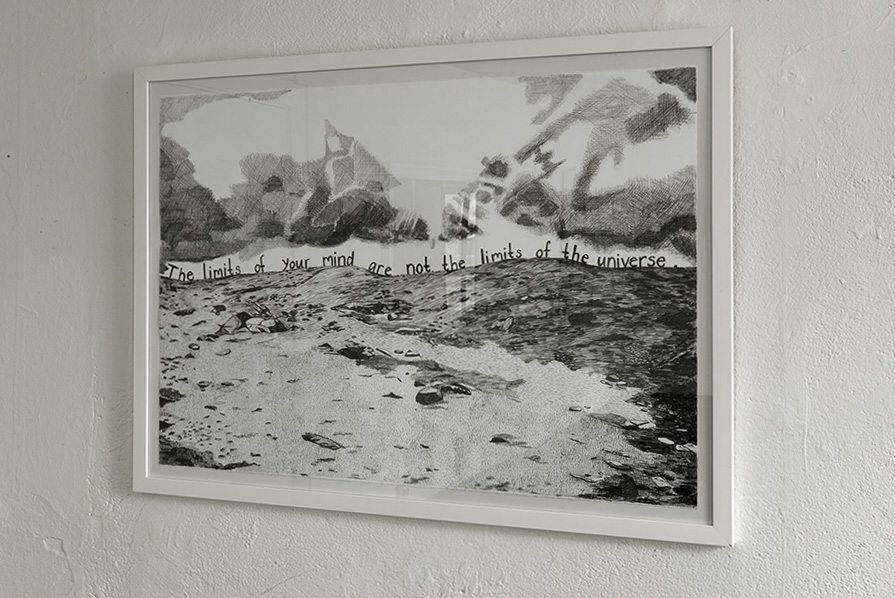 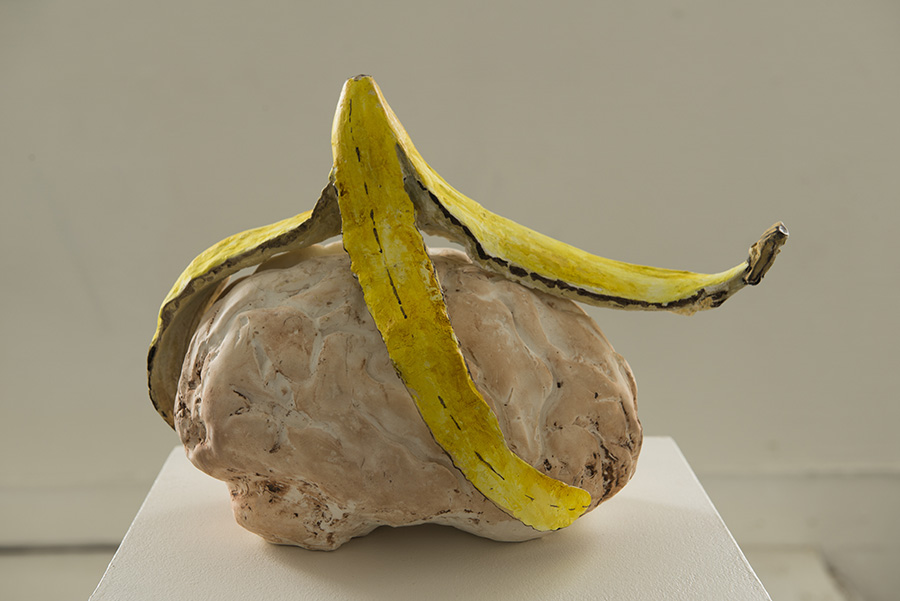 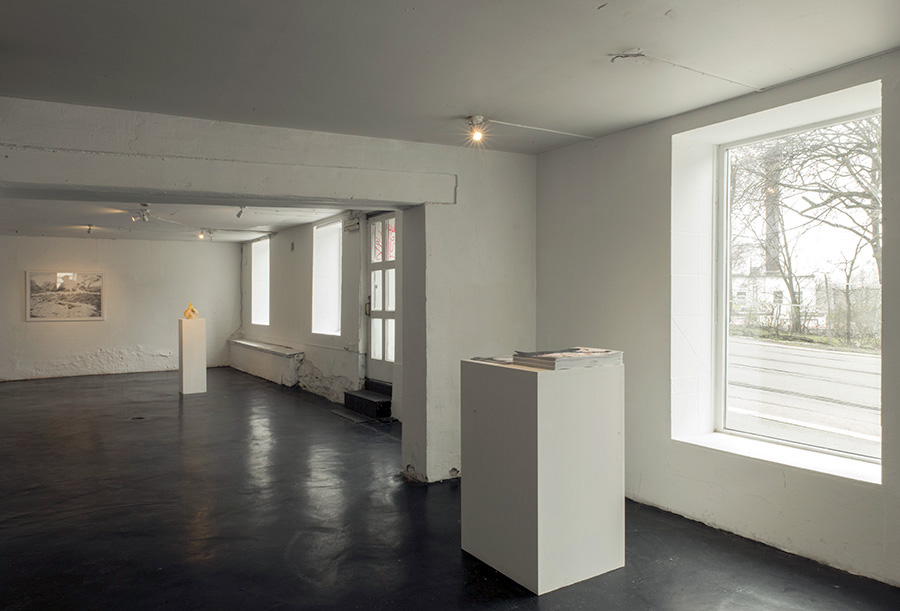 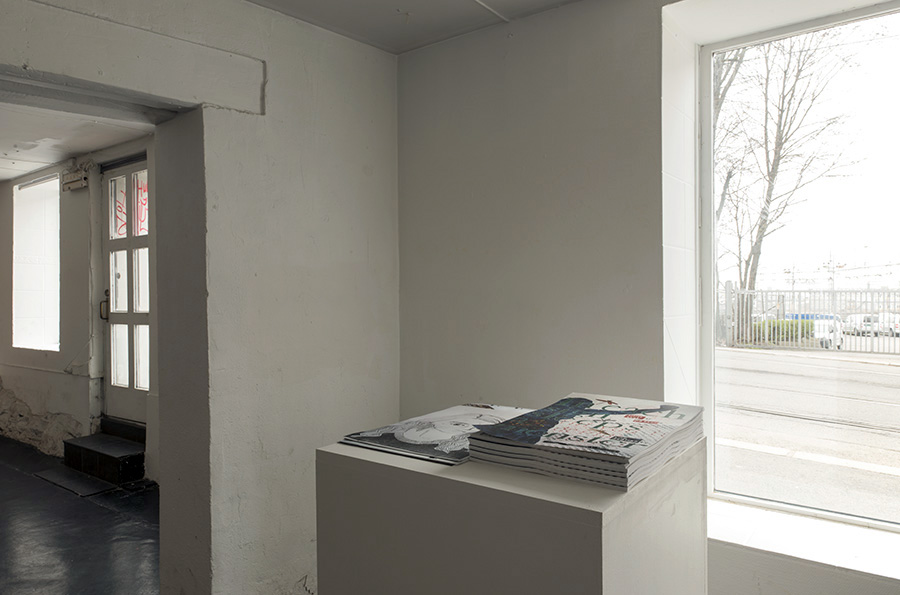 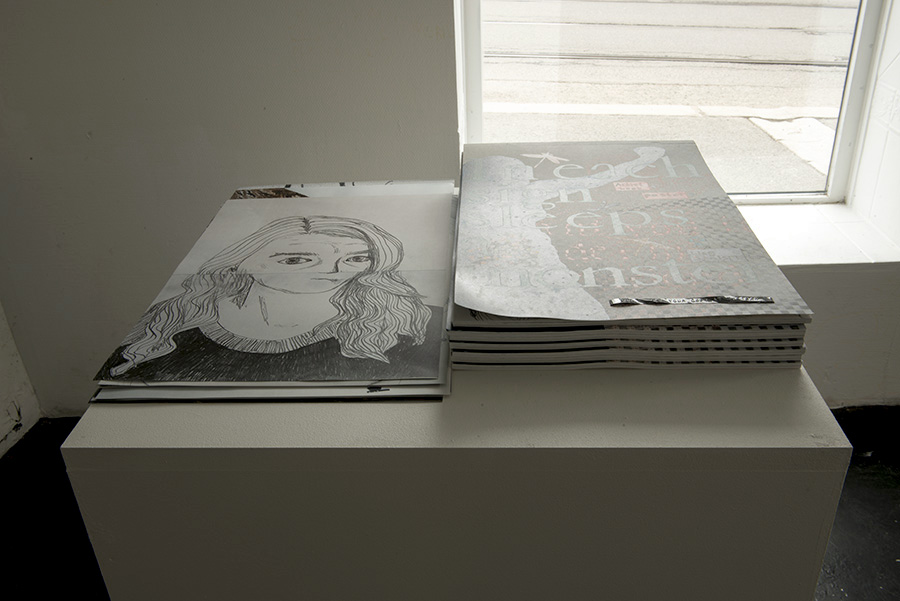 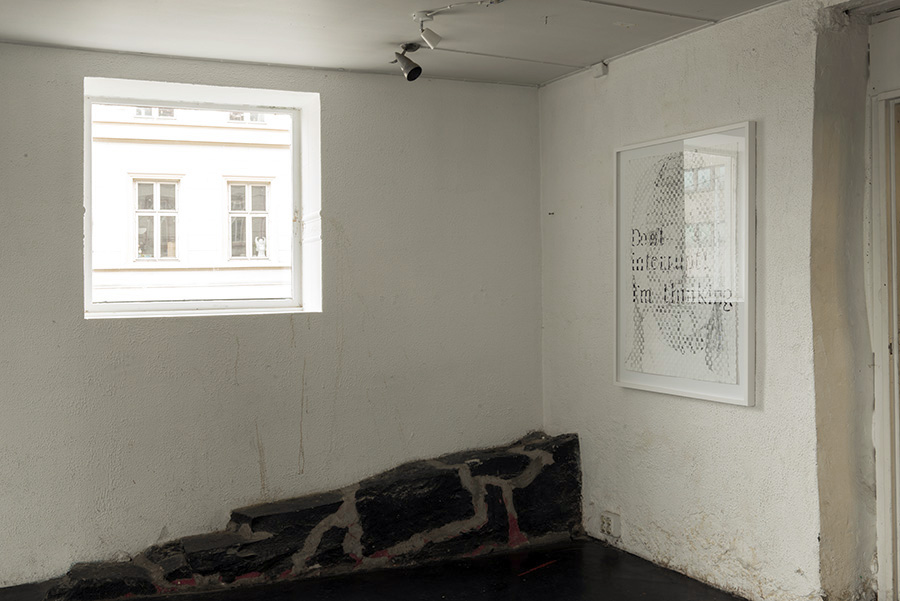 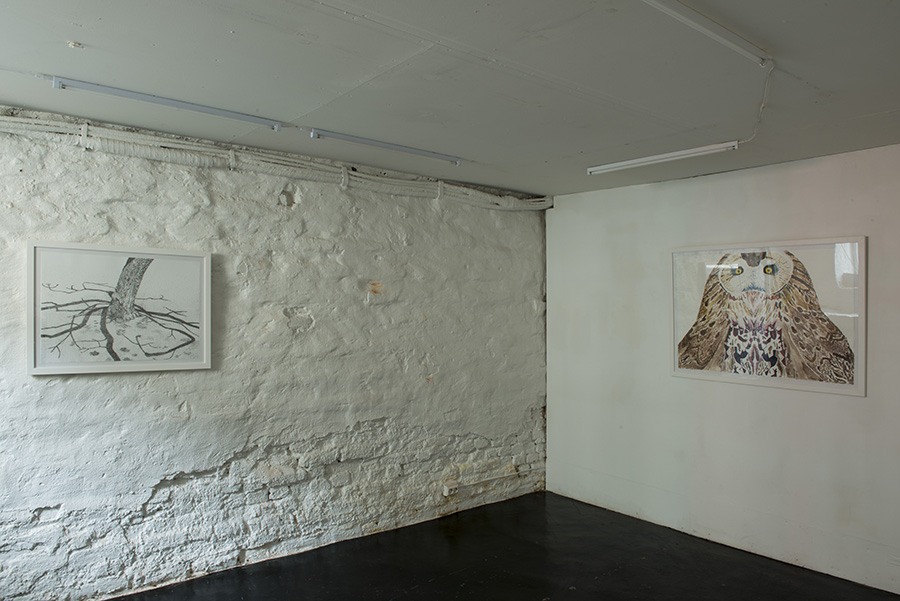 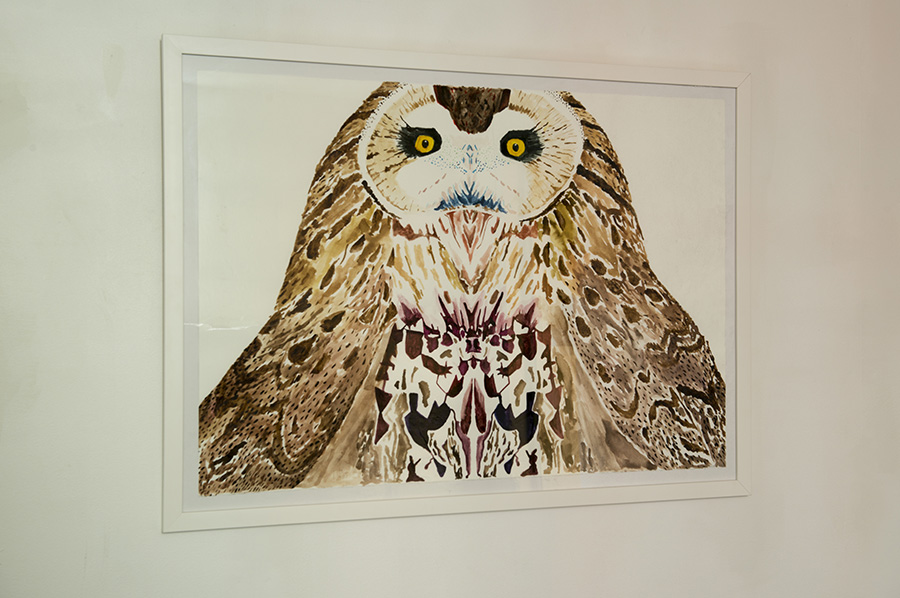 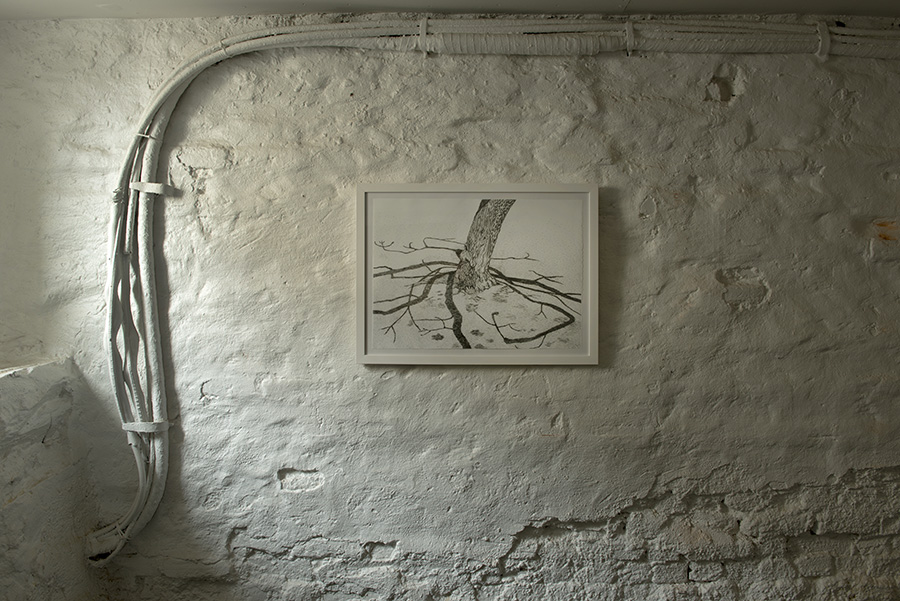 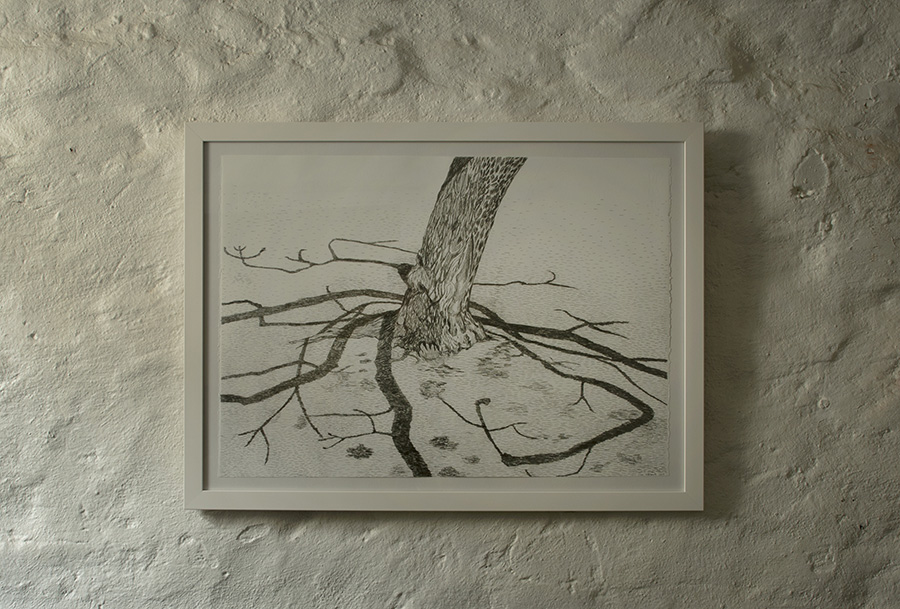