EVER ANCIENT EVER NEW 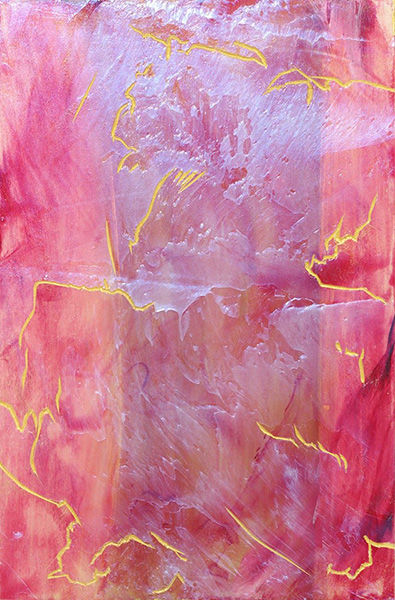 From Thursday to Sunday, mirroring the Easter Triduum, forty small paintings will be installed on the site of the former Korskirken (Church of the Holy Cross) in Minneparken (Memorial Park), in Oslo’s old town. Korskirken was a small parish church built in either the twelfth or thirteenth century, destroyed in the post-Reformation period and covered over for agricultural use, archaeologically excavated in the 1920’s, and is now utilised as a public park. On each of the four days the paintings will be uniquely installed within the vestiges of its walls.

These paintings could be encountered as archaeological remnants from the Stations of the Cross that may have once hung on the walls, miraculously preserved from decay. Conversely, they could be seen as seedlings of new icons springing from the ashes of the old, with their abstracted surfaces yet to be fully formed. Sacred images not yet ready to guide or teach, simply to be felt.

Be them as artefacts or seedlings, the works are highly vulnerable, open to the elements and to public space. Open to being damaged, destroyed, or stolen, in and from the vestiges of a structure that was dedicated to an instrument of death that imposed supreme vulnerability, and a building which was itself razed and repurposed. And yet vulnerability, when met by a consonant disarmed nature, can lead to most distinct and reverential encounters.