My father always liked to express his antipathy towards abstract painting. Once we were sitting in the yard halfly gazing at the sky together, expecting a brewing storm. The clouds were forming in unpredictable patterns, and the sea in front of the summerhouse was reflecting this unease, almost like a mirror, but skewed and altered. The clouds were still white, and the foam of the sea was becoming more and more graphic as the wind twisted the ocean. I asked him: “Aren't those clouds up there abstract?” and; “aren't those waves too?” and; “do you hate them too?” He sighed and answered; “but that ain't a damn painting kid, that's nature.” I could sense his unease.


The rain falls
The iron rusts
The wind keeps blowing


Your brain has the choice; either process, or give up. This banal focus on the waves dissolving into the metal, the hypnotizing effect, the enigma of it - is eradicating any possibility of reflection. It produces vertigo. It makes you feel small, like in a dream. Who can process billions and billions of drops crashing into each other randomly, captured in 24 frames a second? When drops keeps crashing into each other frame rate doesn't really matter.


Creation is explosion – both the creation of nature and that of art. Art can only be divided from nature through grace. Any surfer knows that you should catch the seventh wave, because the sixth is for cowards, and the eight too difficult. The ninth wave is like the ninth gate. You can't control water. It evaporates if you leave it. It swallows you if you fall asleep in it. Everything is foam anyway, if you dig deep enough, or fly high enough. Time stops us though. If you throw a stone into water the effect is beyond any measurement. Nothing can stand still. Never. Nothing. Ever.


The water is totally still, when captured in the panorama image, eclipsed in a room on a surface of plastic, waterless, or should I say; inside these 5000 images, where one second has been divided into 8000. These drops are moving faster than a rocket to the sky, and you can't estimate where one single drop is heading as the waves breaks into the machine, even when they're frozen by the lens, the shutter and the ccd. What happens in the gap between the drops is what interests me the most, and is too what my system ain't willing to comprehend. Without shadow no light. Without void no peaks. I'll just set my gaze at it, and let it surround me, and overwhelm me. It's better that way. Try to divide your precious seconds eight thousand times, father. Then you might be able to comprehend abstraction. 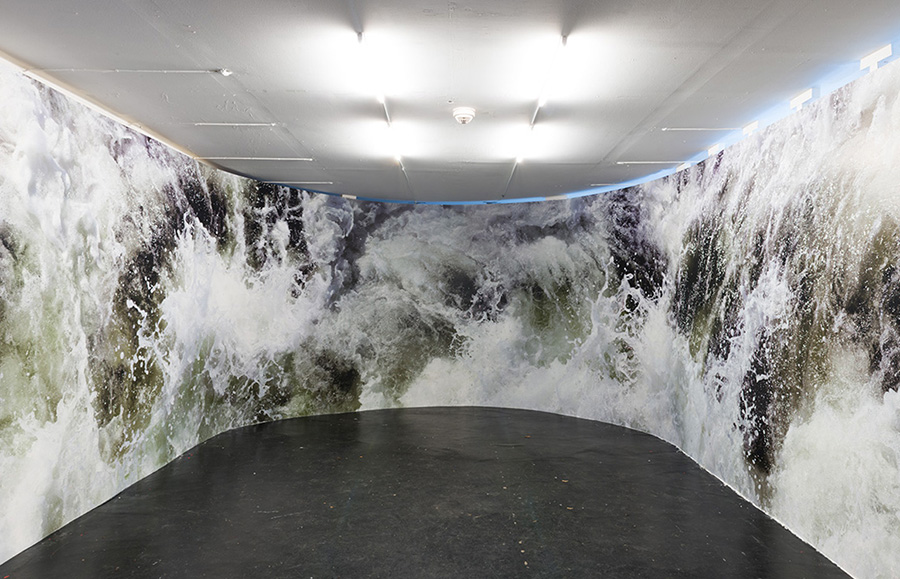 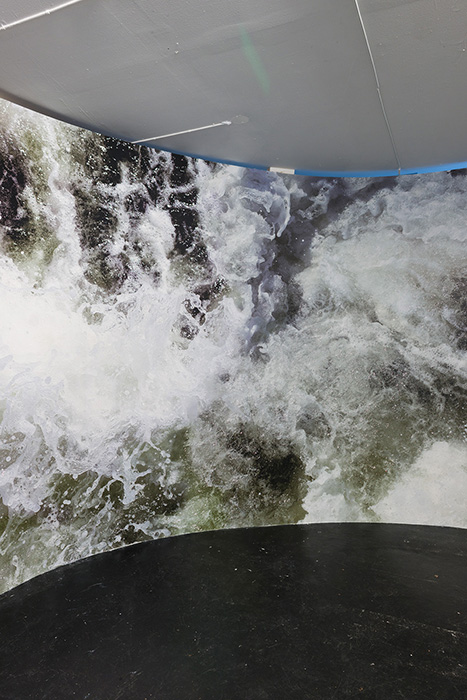 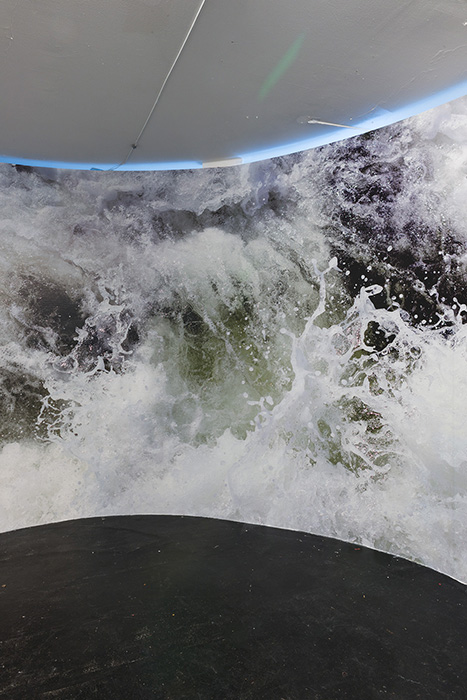