IN SEARCH OF THE BRAIN OF THE MIDDLE FINGER 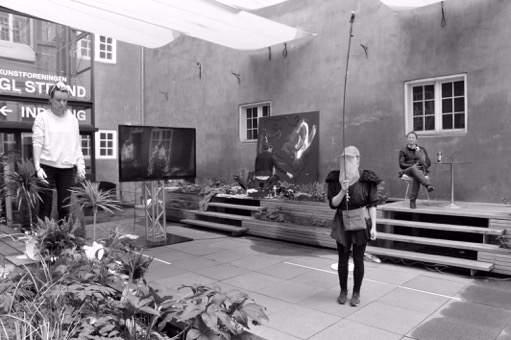 The rig consists of a tent pole sticking out from my stomach like a bough, attached to a carpenters belt. The camera mounted at the end of the rod is of the pin-hole kind. First I intend to walk around and film the paintings, then move towards the backyard to document the performance and the audience. The filmed surroundings are transmitted to a big screen. It reveals details and transforms the clear picture into wavy, blurry and colorful images. I am not able to see what I am filming. The camera becomes my blind eye.

The rig with the eye eventually becomes an instrument playing. A motor with a rubber hose mounted at its end is playing on two taut bass strings, fixed to the rod like the string of a bow. The rubber hose’s rhythm is unpredictable, and I am not able to foresee how long the instrument will play, or how much I will have to interfere. I am considering what to do when there is nothing to do.

The audience is filmed continuously by the chopping, swirling instrument. They look out from their survival blankets. The blanket contains their heat and produces a crackling sound. Some times they can see their own reflection on the inside, together with the gray purple, unsteady reality they see when looking through it.

In general, a lot of things are unclear, which might become clearer and more outlined when we perform them, but probably most clear when we can trace pieces of what we thought in a blurry, wavy video.

(Eye on a rod, Withstanding the Shatter of Origins: Second Excerpt)


Reisebrev Mangesteds Fra is a 30 minute performance Bakketun made in collaboration with Silje L. Haaland and Christian T. Norum in relation to the exhibition Christian Krogh, Tiden omkring Kristiania-bohemen, at Gammel Strand in Copenhagen.

Eye on a rod, a text taken from Bakketun's artist book Withstanding the Shatter of Origins: Second Excerpt, deals with the preparations for this performance. For the implementation of the work Bakketun made a body mounted camera rig for a spy camera, which also functioned as a mechanically driven music instrument.

The video work captured with the spy camera during the performance has become an independent work documenting the incidents occurring. All of the three works give different suggestions of the live happening that has been, without mainly documenting, and characterize the works that can be seen in In Search of the Brain of the Middle Finger.

A motor repeatedly circulates. Over and over again a sculpture, made of ventilation tubes, is filming a sequence of drawings and text on the floor with a wireless spy-camera. The live video stream, being screened next to the sculpture, visualizes the words: In search of the brain of the middle finger. The sentence blokes a sequence from the book The Cave by Jose Saramago, where the writer reflects around potter Cipriano Algor's working process, and suggests that all humans have one self thought brain in each finger. Our head-brain is depending on communication with the hand-brains to fully grasp abstract thoughts or turn them into actions.

Having sent an order to the hands and fingers, the brain believes, or pretends to believe, that the task will then be completed, once the extremities of the arms have done their work. The brain has never been curious enough to ask itself why the end result of this manipulative process, which is complex even in its simplest forms, bears so little resemblance to what the brain had imagined before it issued its instructions to the hands. It should be noted that the fingers are not born with brains, these develop gradually with the passage of time and with the help of what the eyes see. The help of the eyes is important, as important as what is seen through them. That is why the fingers have always excelled at uncovering what is concealed. Anything in the brain-in-our-head that appears to have an instinctive, magical, or supernatural quality—whatever that may mean—is taught to it by the small brains in our fingers. In order for the brain-in-the-head to know what a stone is, the fingers first have to touch it, to feel its rough surface, its weight and density, to cut themselves on it. Only long afterward does the brain realize that from a fragment of that rock one could make something which the brain will call a knife or something it will call an idol.

(From Jose Saramago, The Cave)


Bakketun's exhibition consists of two main parts and is based on experiences and productions made during live based and interactive works the latest years. In the main space a kinetic sculpture is constantly producing a video, at the same time as it is present as an independent work interacting with the space and the audience. The other part of the exhibition comprise an excerpt of an archive of works made as bi- products of former kinetic sculptures and installations. Video, water colors, text works and photo are in different ways circulating around former works, bringing in memories or hints, without offering any actual documentation.

As part of the archive, the annual artist book series Withstanding the Shatter of Origins draws a line from Bakketun’s graduation from the Rietveld Academy in 2008 towards today, and entwine all the different genres and expressions incorporated in her artistic project. The world surrounding us is a constant cumulation of forces we are never able to grasp completely, the act of grasping is reflected in this project diary. The books are non-linear and consist of a number of loose pages where scanned water colors are mixed with text observations and photos from work process. By now Bakketun has made two editions of the book, and this exhibition is the first time the Second Edition is presented in Norway. 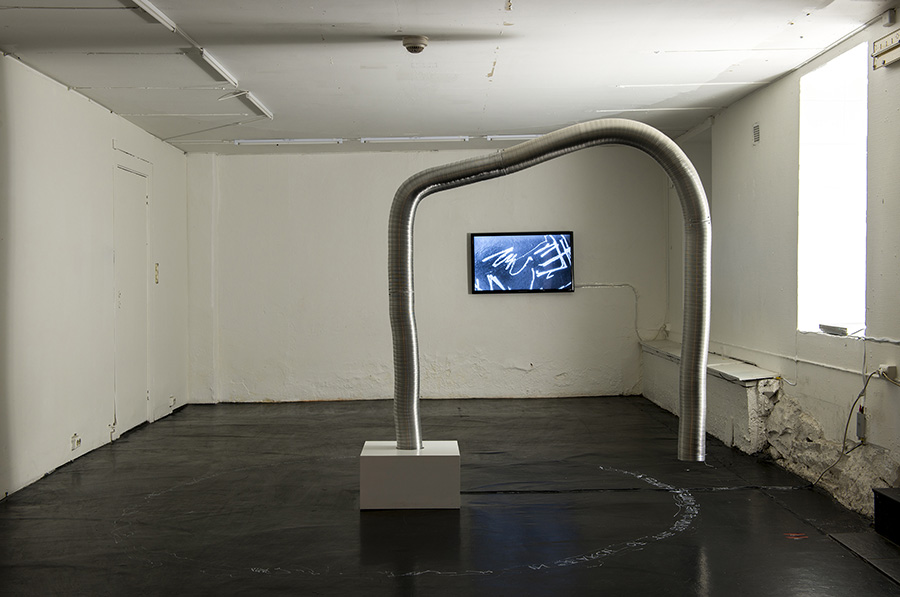 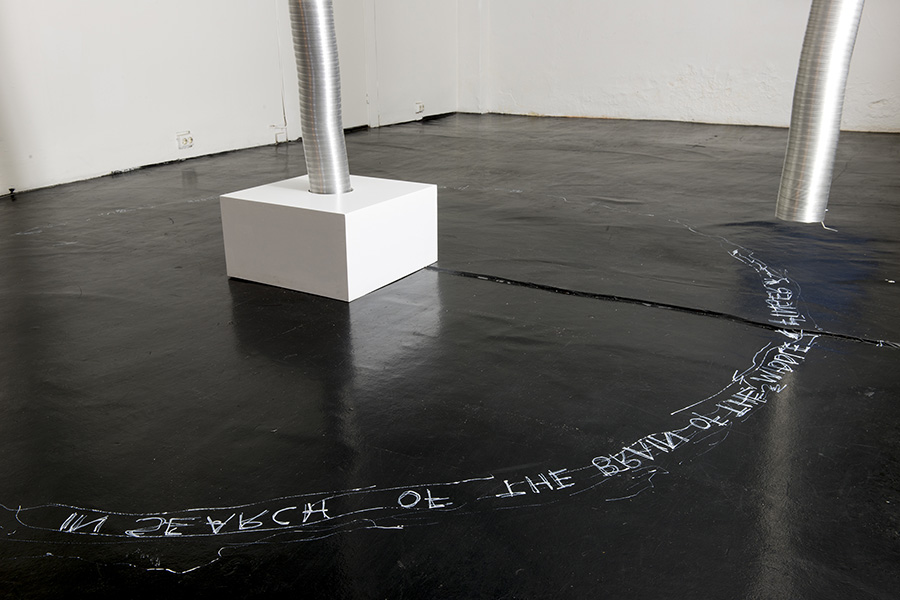 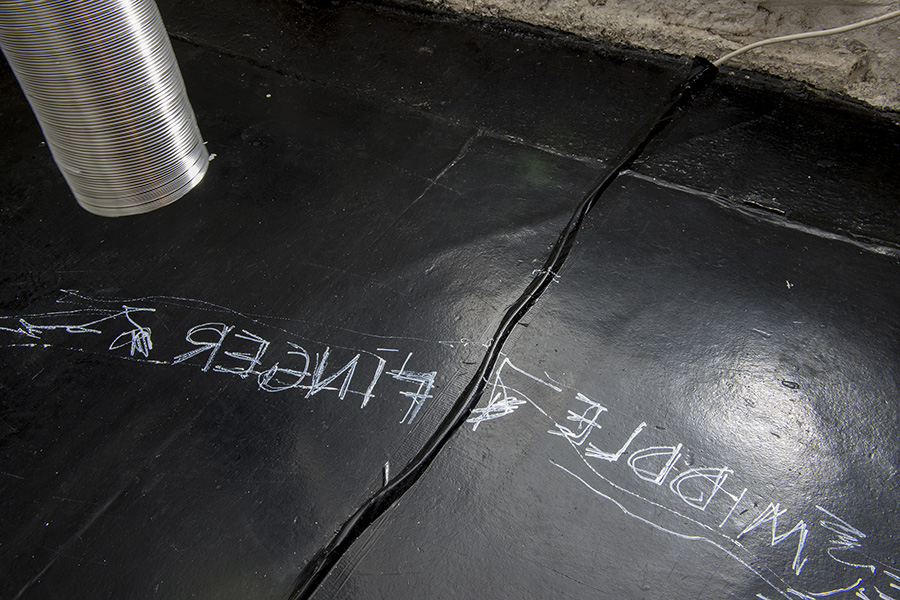 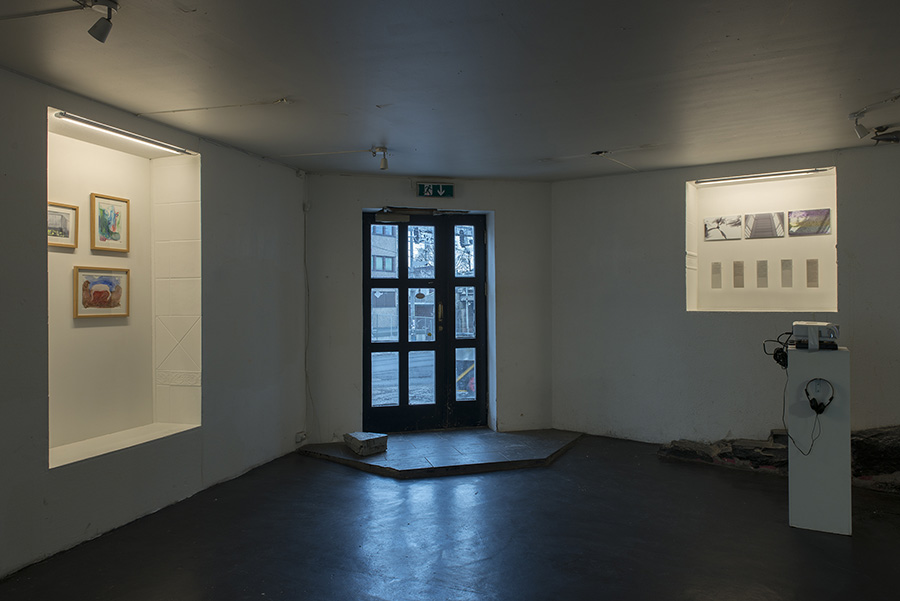 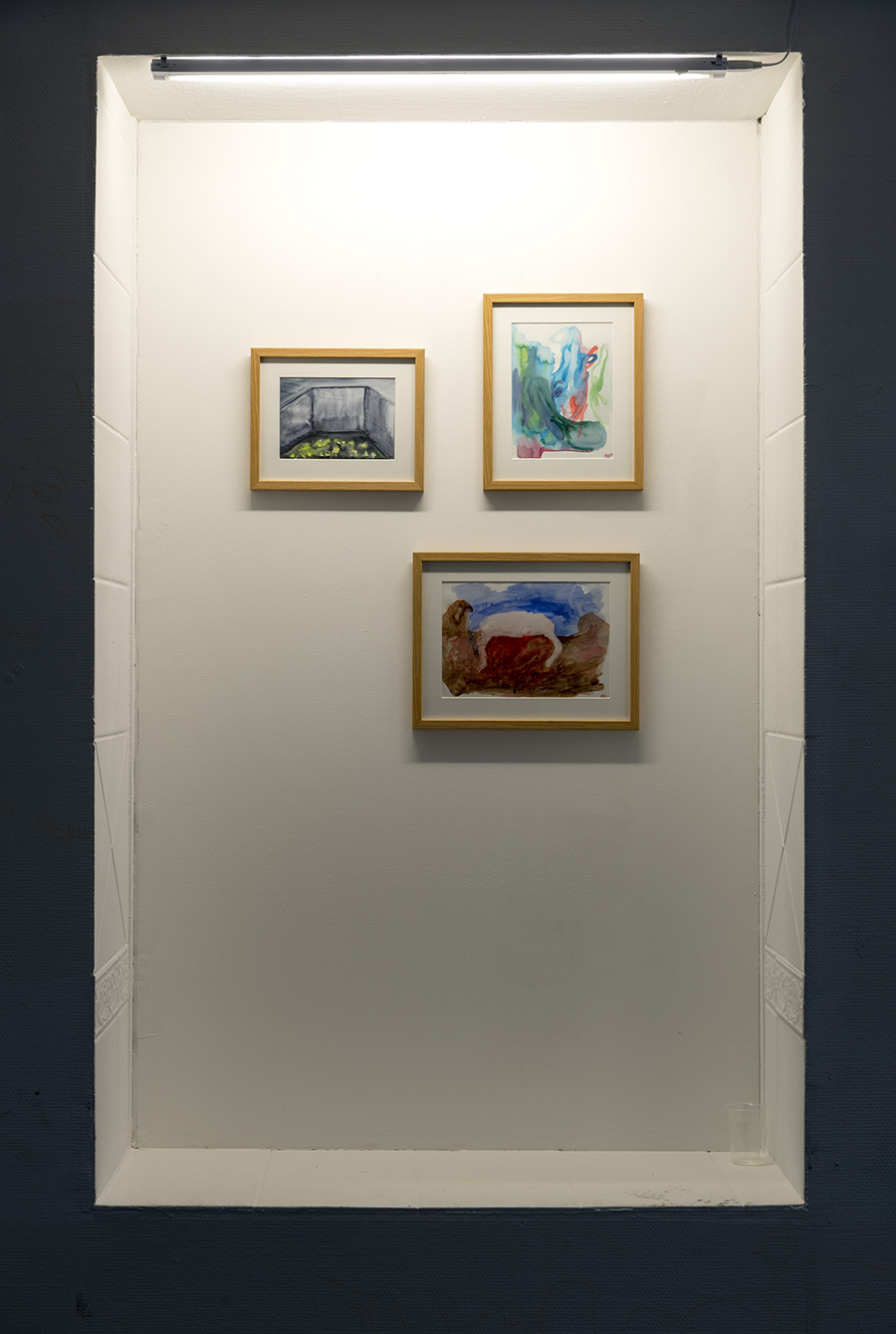 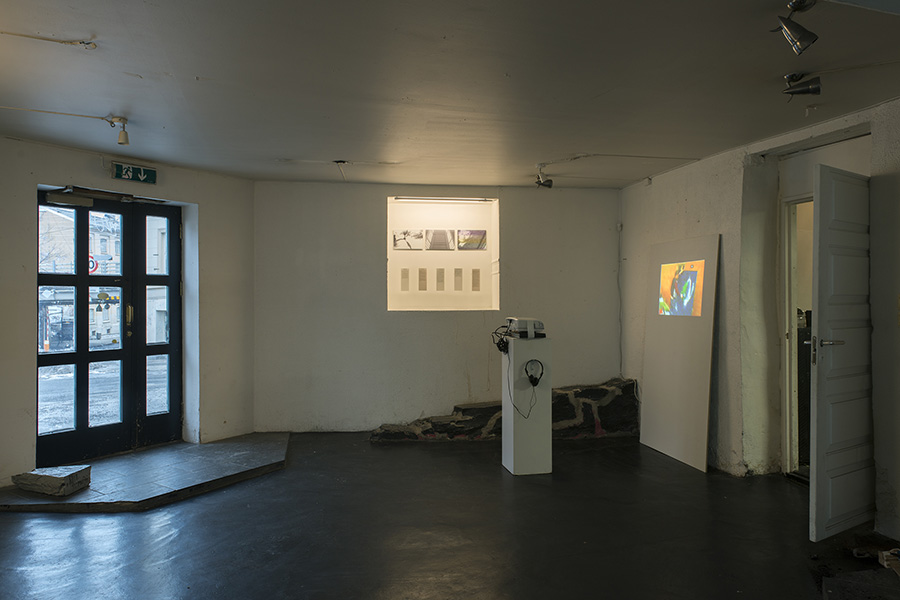 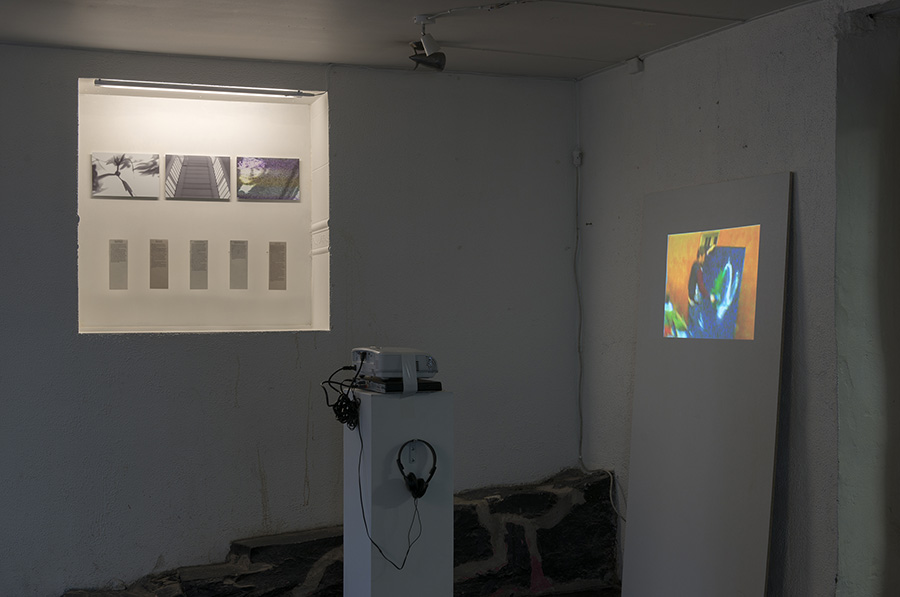 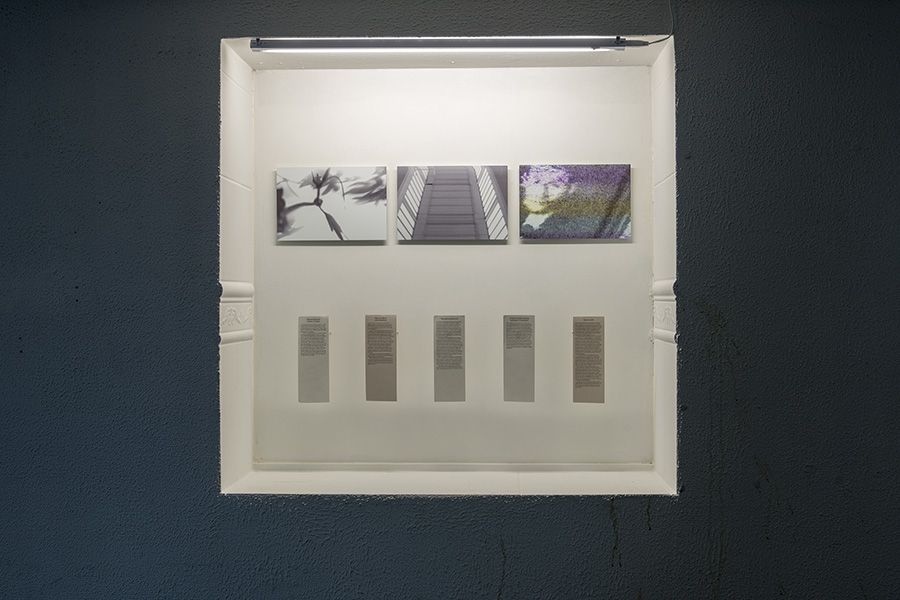 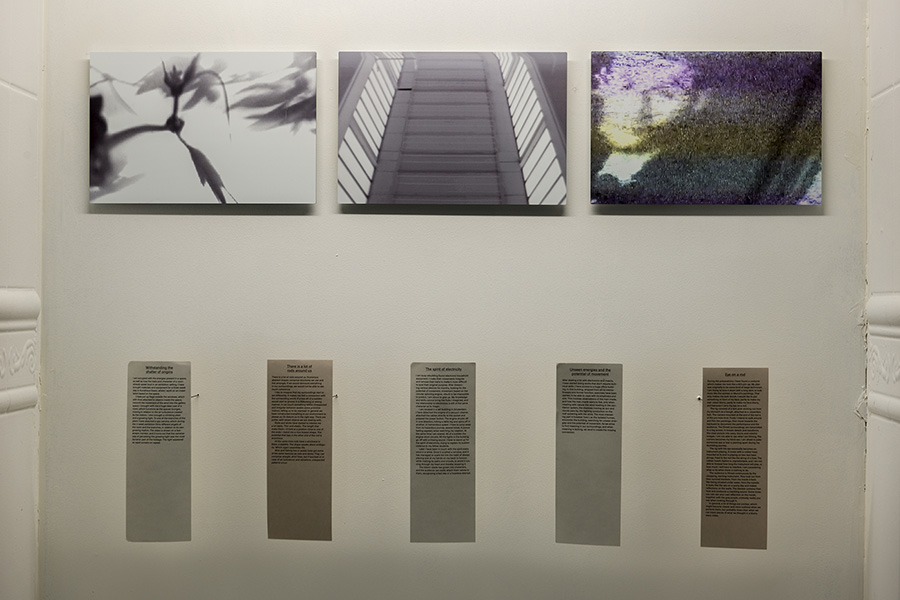 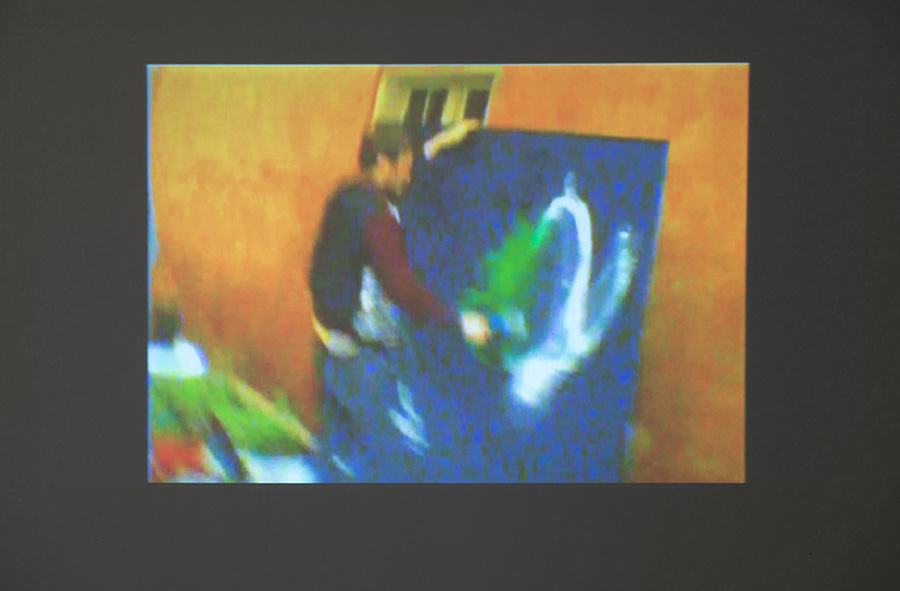 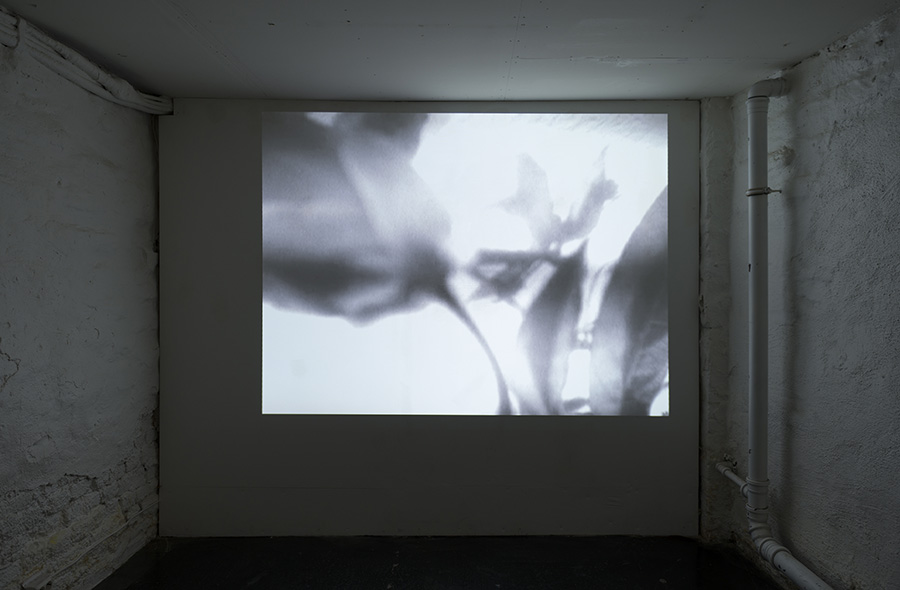