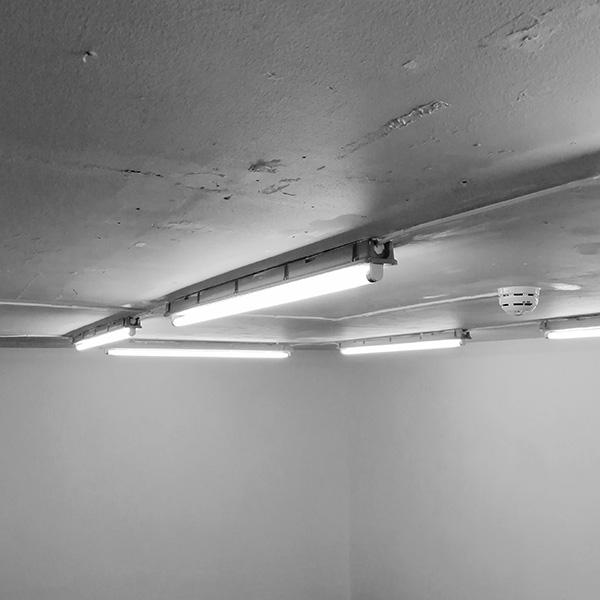 Have you ever found yourself unable to immediately reply to whatever one is confronted with, unable to provide a response, an opinionated meaning? And the only thing that oozes from the dark corners of brain, is numb mumble jumble – at best?

Looking at art – whether contemporary or historic – one may find oneself stuck in a situation like this. Left mute and lost for words, simply because at first, right then and there, at gunpoint, it is next to impossible to know what to make of it. But let it sink, give it some thought, circle back, and who knows what may surface, spawned by the encounter between the still-not-so-explored human mind and a certain kind of could-be-made-from-literally-anything kind of objects which just so happens to be deemed art.

The art-junkie inside lingers, waits, kept in place by sheer curiosity of what could surface. Anything can happen.

Most artworks tend to contain, or at least trigger, links and references to a multitude of themes, topics, subject matters, both vague as well as explicit, perhaps also across time and space. Some of these only exist within the conscious gaze contemplating the art in question, spawned in that particular mind but not necessarily in the next.

While some outputs of art are easily defined, others might prove more difficult to place, to tag so to speak. Even more so if it seems to spread out, enveloping everything and nothing. Still, some aspects are usually recurrent, a red vein running through it all – perhaps traceable in the approach, a mood so to speak – no matter how much it seems to be evading any attempt at being tagged with a one-sided definition.

What is really intriguing about art, is its potential openness, and consequently its yet-to-be-discovered notions that linger below the surface. Now, for such things to be discerned and unveiled, the discoverer – the viewer – must be adamant, willing, believing that anything is possible.

When confronted with Jan Christensen’s latest works, shown in a rather confined space, thoughts like these come to mind. An installation of sorts, sculptures, or perhaps more precise: mobiles, hanging from the ceiling, seemingly squeezed in between the walls. It gives off a rather monumental impression, which (of course) makes sense when observing a construction that seems to challenge its surroundings, not leaving much room for the viewer to move about. This feeling of confinement, of restricted movement, spurs a paradox though, in the way this installation seems to depend on a viewer on the move, an active onlooker who engages in the many facets in the piece.

Looking at these objects hanging from the ceiling, Calder’s Little Janey-Waney (1964–76) overlooking the sea in the sculpture park surrounding Louisiana Museum of Contemporary Art in Denmark, comes to mind. Albeit, the forms and shapes are completely different, still there are similarities in the impression of possible movement. Calder’s was the works of kinetic art, usually defined as ‘art that depends on movement for its effects’. Christensen’s sculptures do not necessarily move as such, still it looks as if it would move anytime soon, not to forget its call upon the viewer to move.

Although kinetic art may not be the most obvious reference in Christensen's work, there is one intriguing aspect here: Kinetic art’s exploring of the nature of vision, which makes perfect sense when looking at Christensen’s piece. This is exactly what is challenged by this multifaceted installation.

With its abstract characteristics, the openness of the cut-out shapes, the see-through impression, and how the bits and pieces are all intertwined and interlinked to each-other, it seems impossible to grasp the construction’s entirety from one angle alone. Rather, it demands to be seen from more than one viewpoint, a request which invokes notions relating to another essential aspect of art in general: Its potential to be a prism through which the world can be perceived, to suggest altered perspectives, to provide a multifaceted reality.

Thus, rather than speaking of concrete subject matters as such, or the telling of a story, its multi-faceted appearance seems to be pointing towards an idea of challenging perceptions, a notion of simply having something encourage us to have an open mind.

In its somewhat fragmented and broken-up appearance, hidden in the gaps, the ideas of Cubism also come to mind. And somewhere, at the intersection between kinetic art and Cubism, is the French artist and theorist Albert Glazies (1881–1953). According to Glazies and his theory-partner-in-crime Metzinger, “Cubism, with its new geometry, its dynamism and multiple view-point perspective, not only represented a departure from Euclid’s model, but it achieved a better representation of the real world: one that was mobile and changing in time” – thoughts that seems quite in line with the impression of Christensen’s installation. In its almost-moving, multifaceted character, it seems to suggest a different representation of the surroundings, or better yet: A different way of looking, more fitting to the actual world, which is in fact ever-changing.

Circling back to the idea that anything is possible, the idea of art being open to next to everything any viewer’s mind may conjure, theories of reception is yet another thing that surfaces from the nooks and crannies in the brain’s darkest corners.

Wolfgang Iser (1926–2007) developed a theory around reader-response criticism, originally developed within literature studies, yet easily adapted to visual arts. In its insisting on the possibility that art may hold any kind of interpretation possible, such an approach may seem daunting, yet also easily dismissed as uncomplicated and effortless.

But is it not the exact opposite? If any given piece of art could contain and emit any reading possible, how do you know where to begin? And is this not a much bigger struggle than being presented with an already defined interpretation? Not to mention how boring that must be, no discoveries left to be made. Surely, faced with infinite options one can suddenly freeze, locked in indecision’s cold, crippling claws around your brain. But in infinity lies possibilities: Iser talks of gaps that occur in a reading of a piece, however not as something negative – rather the gaps bring about an opportunity to bring into play subjective connections. Unwritten portions of text that call for the reader’s participation. If that is not intriguing, enticing, then what is?

Back in the gallery space, standing in front of Christensen’s installation, it remains as secretive as ever. Its multi-faceted shapes and interlinked cut-outs does not immediately exude a content, a meaning or message which most viewers search for when observing artworks. Instead, it is literally filled with gap, gaps which correlates to the many crevasses, nooks and crannies in the brain, from where whatever notion could surface. It is as if the installation takes on the role as metaphor for something outside itself, an idea, an approach – guidelines almost – of how to perceive our surroundings, to be open. To connect the dots, fill in the gaps. 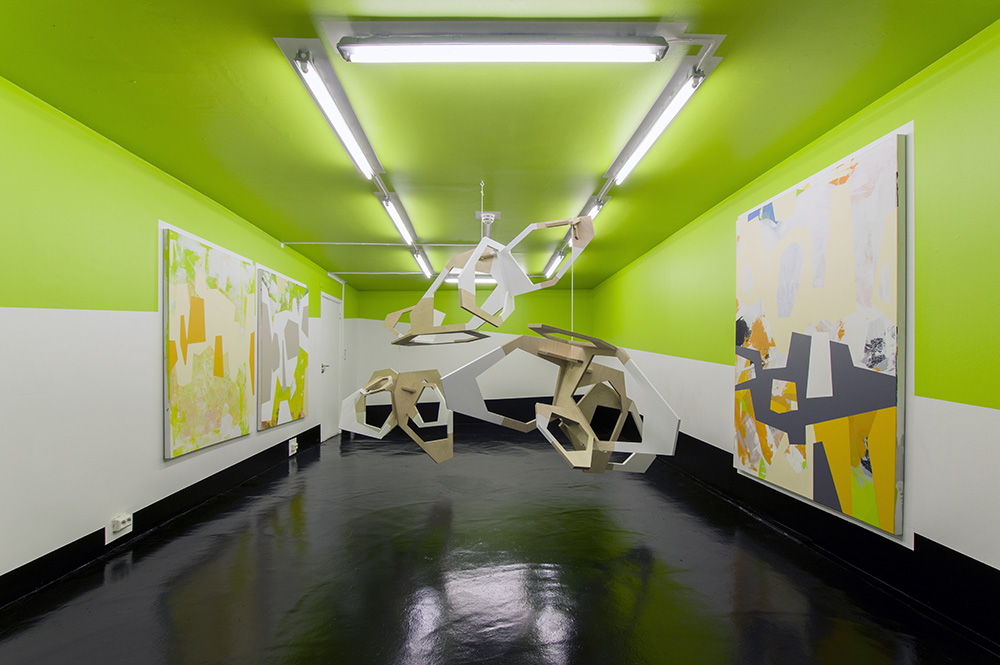 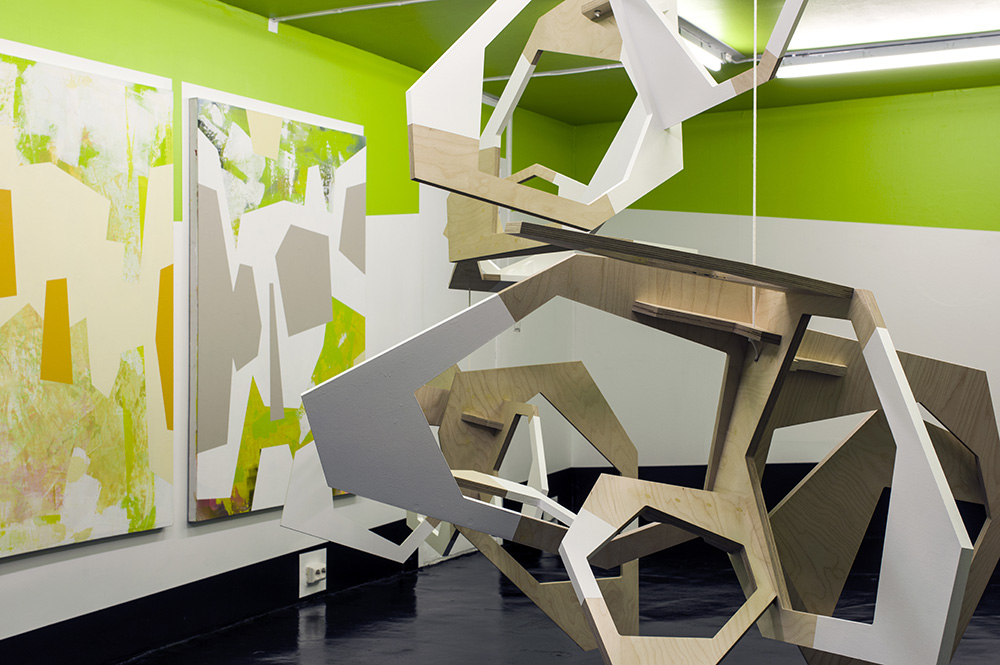 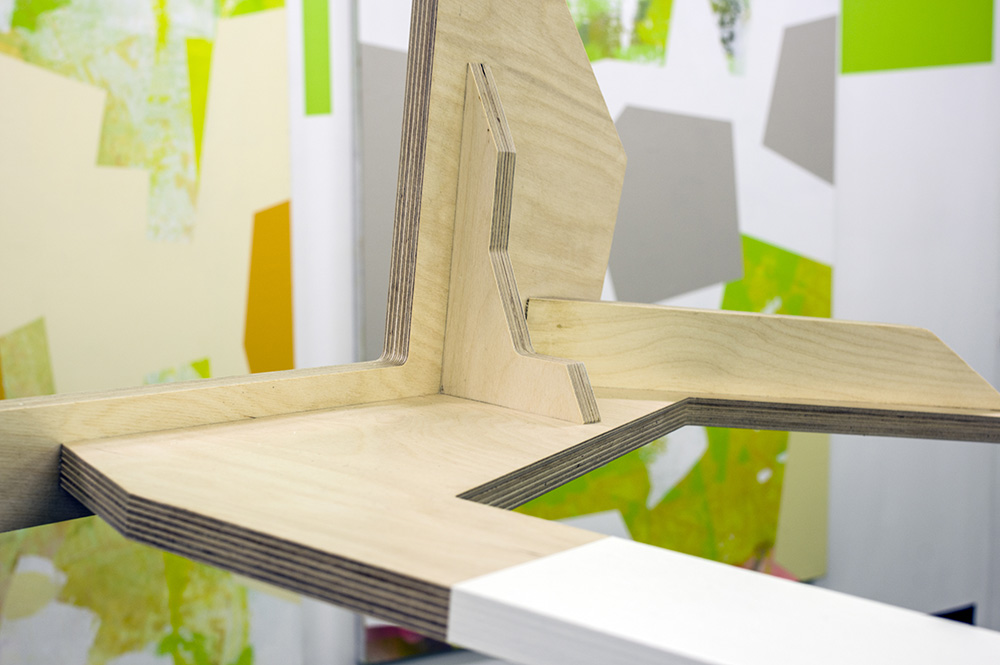 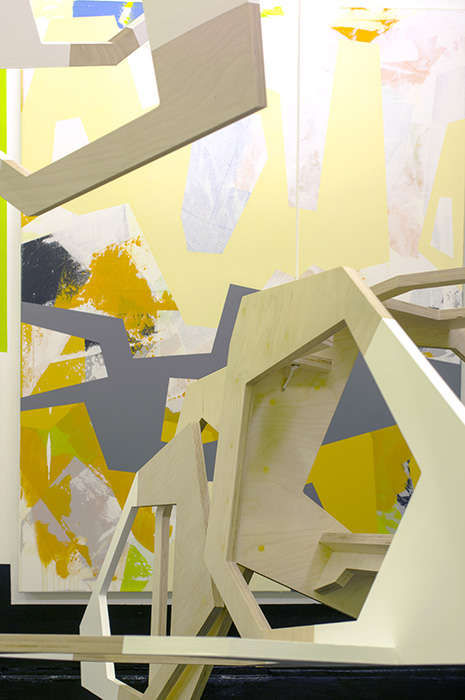 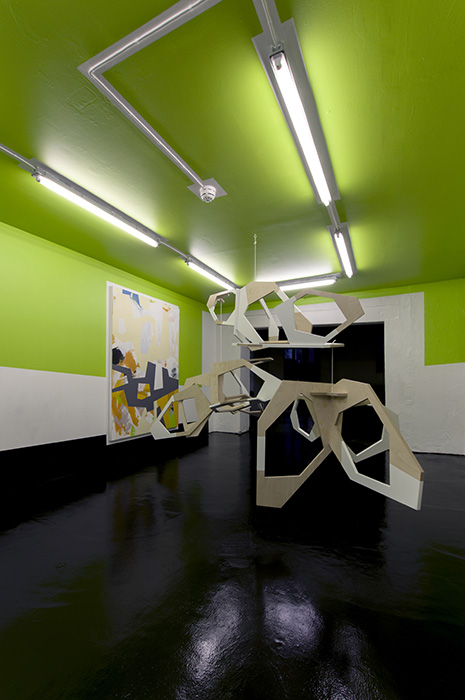